Himalayan Salt, A Blessing to have Around

Himalayan Salt, A Blessing to have Around 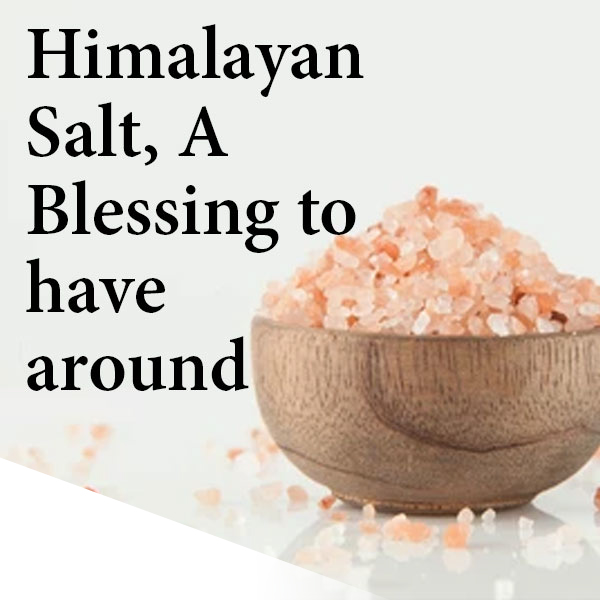 Salt is often viewed as something that is used just to add taste to food. However, there is much more to the Himalayan salt that meets the eye. This natural resource is found in abundance in the Himalayan Salt Range. Initiating our discussion, let us have a detailed look into the various aspects that enhance the importance of natural salt.

Discovered in the Ancient Ages

The history of rock salt is quite an interesting one as it goes approximately 8000 years back. It is known that the first extracts were discovered in Northern China in the same period. However, many historians also mention that the initial harvests of salt were first seen in Romania.

Moreover, it was in 326 B.C when Alexander was on his quest to conquer the world when the salt licks were discovered. It was discovered when the horses alongside the military troops started to lick rocks instead of grazing grass. It was at that time that people realized the importance of natural rock salt. Today we call it Himalayan Lick Salt or Salt Licks, You can buy Himalayan lick Salt from Himalayan Salt Pakistan.

How is Himalayan Rock Salt Different?

The natural rock salt found in the Himalayan Salt Range differs from the normal table salt in number of ways.

Firstly, there is a considerable difference in the level of purity between the two. The normal table salt is processed in a number of ways and heated at around 1200 degrees in order to be dried. Heating at such an immense temperature almost kills the nutrients found in the natural salt. In addition to that, the Himalayan salt includes the elements like magnesium and iodine that are quite beneficial for the human body. On the contrary, the Himalayan pink salt is naturally preserved by a well-kept tectonic pressure that protects the reserves from impurities.

Apart from it being the purest form of natural salt, the Himalayan rock salt also has a healthy impact on the human body. It is a lesser known fact that the natural salt is beneficial for health in a number of ways. Moving further, let us have a look at some of the prominent advantages of salt related to health.

The Himalayan rock salt is also a natural air purifier. This is so because it conducts the process of ionization to do so. There are numerous positive ions diffused into the air by various modern gadgets that are commonly used today. These ions do have an adverse effect on the human body. However, natural salt has the ability to neutralize this effect by releasing negative ions into the air. In this way, the surrounding air is purified. You can buy Himalayan Salt Inhalers as well now to help curing any sort of respiratory problems

It keeps you Hydrated

Salt is a natural resource that helps you to avoid dehydration. A look at the Asian region tells us that most of the areas here have a hot climate. In order to cope with the high temperatures, the human body needs to keep itself hydrated. The water levels in the human body cannot only be kept in order by relying on the water intake. Therefore, the use of natural salt aids the process of regulation of water levels in the body.

Another benefit of natural salt is the maintainability of the pH levels in the human body. The pH level in the human body has an impact on the process of digestion and the relevant organs. Therefore, an imbalance in this regard can be devastating for human health. The use of Himalayan Pink Salt helps you to keep the pH levels normal in order to avoid indigestion and acidity that can disrupt the functionality of the stomach.

The problems related to weight have seen a considerable rise all over the world during the past few years. Cases related to the problems of being over or underweight prove to be quite troublesome for a large population. Natural pink salt has the ability to improve the process of metabolism in human body that aids maintaining a proper Body Mass Index (BMI).

Continuing the discussion further, let us have a look at the uses of the Himalayan rock salt.

The natural salt extracted from the Himalayan Salt Range has a number of industrial and other uses. That is why this type of salt has acquired a great deal of importance for a large number of health and business enthusiasts. Its wide range of uses expands from the treatment of sinus and asthma to the products used for home décor.  Its uses can be categorized into industrial, domestic and agricultural.

Rock salt is also an essential requirement for various industries. Where the textile industry makes use of salt in the process of dying, the chemical industry is also aided by the natural salt in order to run multiple chemical processes. In addition, the pharmaceutical industry largely relies on natural salt as the formulation of almost every medicine requires a certain percentage of salt. Moreover, the preservation of canned food also requires natural salt which makes it a mandatory component too.

A wide range of domestic uses are mostly related to home décor. The salt lamps do not only provide a mesmerizing ambience to a household but also is an aesthetic use of natural salt. In addition to that, the salt tiles are also used for the decoration purposes that give beautify a house internally.

Moreover, the salt inhaler can is commonly used in order to curtail asthma symptoms as well as avoid the issues related to sinus. The natural salt facilitates the treatment by improving the breathing process.

Lick salt addresses the nutritional requirements of the livestock. For instance, the cows need these licks in order to maintain their body-fluid balance. By doing so, they are able to contribute in agriculture effectively.

Natural rock salt is commonly used for the process of de-icing. As we know that a number of countries located in the North experience severely cold climate. The accumulation of ice after prolonged snowfalls brings mobility to a complete halt. In order to address that problem and clear the streets for traveling, the process of de-icing is done by making use of the natural salt.